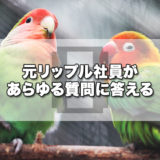 Do you think that xrp is sufficiently decentralised? What’s your stance on ripple having half the total supply

It turns out the reason Ripple the company still has so much XRP is a happy accident. It wasn’t the original goal. It just turns out that distributing it was much more complicated than anyone expected. How hard could giving away free money be? At least that is what most of us thought at the beginning…

The happy part of the accident is that (in my personal analysis) without that reserve of XRP to draw on, it would be impossible to force XRP into the position of global bridge currency asset. So, curiously, I think Ripple holding that much XRP is critical to XRPs success. It also means that other cryptocurrency system that attempt to become a global bridge currency will fail for lack of the leverage necessary to displace existing bridge currencies.（一部抜粋） 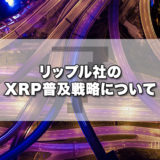